[Intro: Killah Priest]
My lord, hear thy prayer
As we sit amongst our fathers..

[Killah Priest]
From black Israelites to a liberal life, young guy from prison
Fight the system, Muslim, Jews and Christian
The hoodlum serving food in kitchens, politician, lawyer
Judges, destroy the brothers, amongst the youngsters
Dumpster, project hallways, equal more graves
Add it up, since the fourth grade, minus that, from the gun claps
Now divide that from the cats who ever slung crack, whoever done that
To all races, faces and man, with holes in his hand
He will even bracelets, or race our soul where we stand
My eyes, have seen hell, between jail, and bullet shells
Heard some words from the both Bushes yell
It ain't kill Saddam, we build the 'Nam
Close both palms, shut my eyes, then reply
Old Jerusalem, we criminals, Subliminal's click
Two Eilan live on, we toast to biblicial scripts, come on

[Tragedy Khadafi]
And I ain't cryin', and I ain't layin' down to dyin'
If I'm lyin', you can throw me off the Mountain of Xian
The law be like f*ck this, trap 'em in a chair and fry 'em
I write doctrines, everything I spit is a psalm
Walk the hood, with holes in my feet and palms
Throw on crown made of ice, millennium Christ I bled with Malcolm, til the struggle gave my life
I walk through the valley of death, scroched through hell's fire
Cell 33's a lot, in Elmira, grew wiser
Learned my culture, from old timers
Dark conscious, made in an image, doing the knowledge
Like, extraterrestial beings, the all seeing
Out the sun roof screamin', clappin' the mack demon
My success is a journey, not a destination of faces
Snakes layin' in waiting, congrogatin' with Satan
Days of Gamora, need more, some water, I'm shakin'
My ancestors is cryin', I'm feelin' tears of the rain
Baptized in the Nile, and I'm trapped in pain

[Outro: Abiodun Oyemole]
As it was in the beginning
So shall it be in the end
As we walk through the shadows of death
We'll find a way to win
This is the last will and testament
Of a light that's been dimmed
Of a heart that's lost it's rhythm
And attacks it's own reflection
Eyes of a blind, to the beauty of themselves
And souls of the so sacred, books were written
Temples were built, Jesus was born
In the womb of our love, for mankind
And this is the last sacrament, this is the last offering
The last jester, to spark the fire, to lift the spirit
Before the light turns back to black
Before the waves become a tidal, before the moon bleeds rivers of despair
And the stars become black holes in the sky
This is a final call, a final message
To those who think they know, and those who don't want to know
A damn thing... 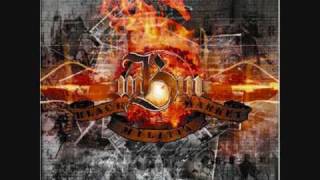 check amazon for The Final Call mp3 download
these lyrics are submitted by kaan
browse other artists under B:B2B3B4B5B6B7B8B9B10B11
Record Label(s): 2005 Nature Sounds
Official lyrics by