[Murs:]
Hell yeah man. I met this dude man. He came on the My Way And The Highway tour
And the whole tour, I didn't see one girl over twenty one

[Verse 1:]
Now I wrote this rhyme standin' out on the Salt Lake
Tryin' to find the difference between a malt and a shake
The real and the fake
I mean, what's it going to take
To have the little girls feelin' me like Drake?
Should I make a mixtape
Have the world download me?
I said, Pete Rock
You know what she told me?
"You listen to them oldies,
That back in the day stuff"
Talkin' to a chick who never had a pager
Never heard of YZ or Digital Underground
But it's still all good for you to keep a young one around
Run around with chicks close to my age
You wind up, stressed the f*ck out and engaged
She wants to get married
You just wanna have sex
She wanna have a baby
You just wanna have sex
So what's next?
Man, do what you're told
And keep them young chicks so you never get old

[Chorus:]
I seen 'em when she walked right past me She showed her tongue ring, so nasty
People always say that I'm trashy
But if she's over twenty one, then she just can't have me

[Verse 2:]
I take 'em over eighteen and under twenty one
They good for three years and a whole lot of fun
The older ones hell date
The younger ones jail bait
Keep 'em young and fresh and you'll never have a stale mate
Okay wait
Cause you don't want no virgins
Then you gotta be the counselor slash surgeon
Blood on the rubber
Gotta tell her that you love her
And it takes a whole year before she sleeps with another
So, be selective
And stay protected
You get one pregnant and you gotta be ejected
From the game cause we all know it's wack
To be a dead beat dad at the club tryin' to mack
So, wear a hat
Yo, B, wrap it up
Cause you could wind up
Payin' child support and that would suck
Or even worse, get an STD
Clamidia, Gonorrhea, HIV
Look, take it from me man
Do as your told
And keep a young chick and you'll never grow old 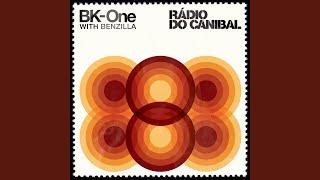