A boy heard the voice of the whippoorwill one night
and went out to find where he was singing. He had to
walk quite a ways through a big field, because the
song of the whippoorwill carried so well in the wind he
sound much closer then he really was. And on the way
the boy found a well worn trail, so he stayed on it for a
while. And sitting in the middle of the trail was coyote,
and coyote was singing too. He turned and saw the
boy and he said "Why are you follow me?" The boy
was frightened and said "Well the trail you made
happened to be a short and easy way through this
field. Then coyote asked "Well if your not following
me then why are you here?" "Well I heard the beautiful
song of the whippoorwill and wanted to watch him
sing." "Well do you not think my songs are beautiful?",
said coyote. "Oh", said the boy, "there good but I hear
you all the time. I much prefer the songs of the
whippoorwill" This made coyote furious and he was
jealous of the whippoorwill's song. He said "Listen to
my night song you might like this one" And he pulled
back his head and yodeled out a tune. The boy
covered his ears and politely said, "Thank you for the song, but I must be going now." "Well", coyote said, "I
can show you a short cut to the whippoorwill boy, and
where he sings is just over there." Pointing his claw,
smiling out of the side of his mouth. The boy paused,
looked around, he knew the night was passing fast so
he agreed to follow coyote. But coyote's trail was
rough and rocky. And the boy fell in quite a few
gopher holes along the way. Coyote turned around
and laughed and he yelled to the boy. "Were almost
there, hurry up." Coyote was at a full trot but the boy
had just fallen again and hurt his knee. And by the time
he got to the place where the whippoorwill had been
singing all night, it was morning. Whippoorwill was
gone. And so was coyote, in fact he could hear
coyote's songs in another field. So the boy turned and
headed for home, covered with burrs, misq bites and a
skinned up knee. And it was many summers later
when the boy became a wiser man. And he realized,
there are no shortcuts to find something you really
love. But there are many trails in this life. So you must
stay true to your path, and always keep and eye out
for coyote.
Explain lyrics
Correct lyrics 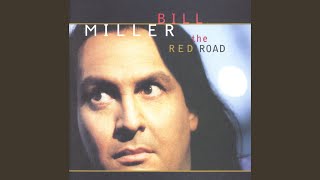