Hooligans
Bill Hicks
Dinosaurs In The Bible Bullies Of The World What Is Pornography? The War The Sanctity Of Life The Wizards Have Landed Didn't Mean To Hurt You God Made Nasty Girls Goodbye You Lizard Scum Chicks Dig Jerks
Official page Bill Hicks wiki Hooligans video


I was over in England- I went over to England the day the L.A. riots occurred. I left L.A. the day the L.A. riots occurred. Unbelievable timing. I left L.A.- "Bye, Bill! Enjoy England!" "I will! Y'all have fun while I'm gone!" "We will, Bill, bye!" I land at Heathrow airport eleven hours later, pass a newspaper stand- "L.A. Burns To Ground." Did I leave a cigarette lit? How much are these? See about pictures in here... It's literally the timing.

And I'm over there in England, you know, trying to get news of the riots, you know and all these Brit people are trying to sympathize with me- 'Oh Bill, crime is horrible. Bill, if it's any consolation crime is horrible here, too.' ...Shut up. This is Hobbiton and I'm Bilbo Hicks, okay? This is a land of fairies and elves. You do not have crime like we have crime, but I appreciate you trying to be, you know, diplomatic. You gotta see English crime. If only we had crime like this. It's hilarious, you don't know if you're reading the front page or the comic section over there. I swear to God. I read an article- front page of the paper one day, in England, 'Yesterday, some hooligans knocked over a dustbin in Shaftesbury.' ...Wooooo. 'The hooligans are loose! The hooligans are loose! ...What if they become ruffians? I'd hate to be a dustbin in Shaftesbury tonight. (to the tune of "Behind Blue Eyes" by The Who) No one knows what it's like... to be a dustbin... in Shaftesbury... with hooligans...' What the hell are you talkin' about? Hooligans? Ruffians? Speak English! It's Crip, Blood. I mean, I'm sure it's a serious thing, hooligans, but it just sounds stupid, doesn't it? I picture a bunch of pale guys with pennyloafers and no socks. (sings) 'We're the hooligans!' (pop!) 'C'mere, you ******, come here.' 'Nope! Got to catch us! If you corner me, I might become a scalliwag!' ...It doesn't sound scary at all, does it? They have proper crime there. I'd love to put the hooligans up against the Bloods in LA... that would be a short gang battle. (sings again) 'We're the hooligans!' (pop!)-- (boom boom boom *gunshots*). '...huh? Hoola-somethin', I didn't catch it all. Mothaf*cka danced up to me and patted me on the head. Pale mothaf*cka, look at that thing.' It wouldn't be a long gang battle. I'm bettin' on the Bloods 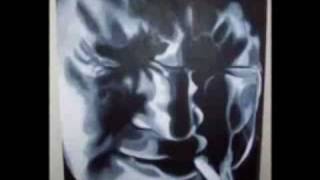