Mrs. McGrath," the captain said,
"would you like to make a pirate out of your son, Ted?
With a scarlet cloak and a big cocked hat,
Mrs. McGrath wouldn't you like that?"

Now Mrs. McGrath lived by the seashore
For the space of seven long years or more
'Til she saw a big ship sailin' into the bay
"It's my son Teddy, won't you clear the way."

Oh, captain dear, where have ya been?
Have ya been out in the Mediterrean?
Will ye tell me the news of my son Ted?
Is the poor boy livin', or is he dead?

Ah, well up comes Ted without any legs
And in their place he had two wooden pegs
Well, she kissed him a dozen times or two Sayin' "Glory to God, sure it wouldn't be you!"

"O were ye drunk or were ye blind
That you left your two fine legs behind?
Or was it while walkin' on the sea
A big fish ate your legs from the knees away?"

"Oh, Teddy, me boy," the old widow cried
"Yer two fine legs were yer mammy's pride,
Them stumps of a tree wouldn't do at all,
Why didn't ye run from the big cannon ball?"

"All foreign wars, I do proclaim
Between Don John and the King of Spain
An bejasus I'll make them rue the time
That they swept the legs from a child of mine." 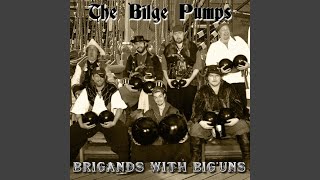