Raw '91
Big Daddy Kane
Dance With The Devil Raw Cause I Can Do It Right Change This Game Around Calling Mr. Welfare Another Victory All Of Me Ain't No Stoppin' Us Now Ain't No Half-Steppin' Brother, Brother
Official page Big Daddy Kane wiki Raw '91 video Big Daddy Kane twitter Big Daddy Kane facebook

[Kane]
Here I am, R-A-W
A terrorist, here to bring trouble to
phony MC's, I move on and seize
I just conquer and stomp another rapper with ease
Cause I'm at my apex and others are below
Nothing but a milliliter, I'm a kilo
Second to none, making MC's run
So don't try to step to me, cause I ain't the one
I relieve rappers, just like Tylenol
And they know it, so I don't see why you all
try to front, perpetratin a stunt
when you know that I'll smoke you up like a blunt
I'm genuine like Gucci, raw like sushi
To stage a rage is what rap did to me
To make me want to create, chaos and mayhem
Cold rock a party, until the A.M.
I'll make a muscle, grab the mic and hustle
While you stand dazed and amazed, I bust a
little rhyme with authority, superiority
And captivate the whole crowd's majority
The rhymes I use definitely amuse
Better than Dynasty, or Hill Street Blues
I'm sure to score adored for more without a flaw
Cause I get RAW!

[Kane]
Attact, react, exact, the mack'll move you with
a strong song as long as you groove to this
I keep the crowd loud when you're hyped
Do damage on stage and injure the mic
As I shoot the gift, MC's stand stiff
While my rhymes stick to you like Skippy and Jif
Feel my blunt fist, or my death kiss
The rap soloist - you don't want none of this
Supreme in this era, I reign with terror
When I grab the mic, believe you're gonna hear a
fascinating rhyme, as I enchant them
So let's all sing the Big Daddy anthem
Go with the flow, my rhymes grow like an afro
An entertaining gain, the Kane'll never no
problem, I could sneeze sniffle or cough
Eeee-even if I stutter I'ma still come off Cause rappers can't understand the mics I rip
They sho' nuff ain't equipped, that's why they got flipped
But my apparatus is up to status
Don't ask who the baddest, or cause static
to make or break or take em, my rhymes hit the head
Put it to bed, so watch what's said
Save the bass for the piper, rearrange your tone
Take a loss and be forced from the danger zone
I get ill and kill at will
Teachin a skill that's real, yeah no frill
Just stand still and chill as I build
Science I drill until my rhymes fill your head up!
"R-A-W" -- don't even get up
Competition shut up, cause I'm RAW!

"Help me!" (cut and scratched 8X by Mister Cee)

[Kane]
The man at hand to rule and school to teach and reach
the blind to find their way from A to Z
and be the most and boast the loudest rap
again, to reign your domain (YEAH KANE)
The heat is on, so feel the fire
come off the empire, all the more higher
Level of depth, one step beyond dope
The suckers all scope and hope to cope but NOPE
cause I never let em on top of me
I play em out like a game of Monopoly
Let em speed around the board like an astro
Then send em to jail for tryin to pass Go
Shakin em up, breakin em up, takin no stuff
but it still ain't loud enough
So let the volume increase, never to cease
I'ma release a masterpiece a slip of the tongue like grease
Rippin the mic to shreds, puttin heads to bed
Code red cause the rhymes is bein said
by the Asiatic printer of raw poetry
No hints or clues, you all know it's me
I go pound for pound and round for round to clown the sound
profound it's bound to go down, UHH
A lyrical knockout, showin I got clout
My comp should just drop out
Cause none of them can see me
I leave em Winan like their name was BeBe or CeCe
I get RAW!
Explain lyrics
Correct lyrics 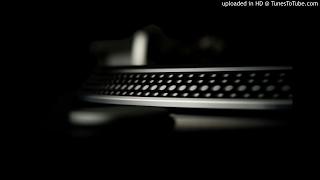