(What's the problem?)
Uh, I dunno just stop the tape

Hey alright, MTV, whoa, makes me wanna smoke crack
Fly out the window and I'm never coming back
MTV makes me wanna get high as a moon
Like a rubber balloon, ah get that squeegee

Everything's wonderful, everything's grand
Everything's swinging, all across the land, you know it Bust out the biscuits, strike up the band
Play those videos every woman and man

'Cause MTV, whoa makes me wanna smoke crack
Hey, fly out the window and I'm never coming back
Oh, MTV makes me wanna get high as a kite
Gettin' all uptight, take it

Ah yea, fake it 'til you make it
Right about now
Steppin' into a cold-ass fashion
Ah yeah, weed-whack that thing

I work down at the video store
Making some change with a sparkle in my step
And a smile on my face, condominiums rising above
And those videos are better than love 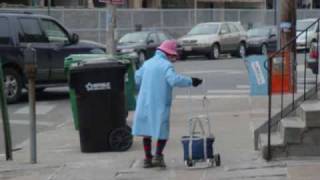