A Day In The Life Lyrics

A Day In The Life Lyrics

I read the news today, oh boy
About a lucky man who made the grade
And though the news was rather sad
Well, I just had to laugh
I saw the photograph

I saw a film today, oh boy
The English army had just won the war
A crowd of people turned away
But I just had to look, having read the book
I'd love to turn you on Woke up, fell out of bed
Dragged a comb across my head
Found my way downstairs and drank a cup
And looking up, I noticed I was late

Found my coat and grabbed my hat
Made the bus in seconds flat
Found my way upstairs and had a smoke
And somebody spoke and I went into a dream
Ahh, ahh, ahh

I read the news today, oh boy
Four thousand holes in Blackburn, Lancashire
And though the holes were rather small
They had to count them all
Now they know how many holes it takes to fill the Albert Hall
I'd love to turn you on 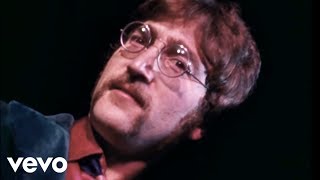 check amazon for A Day In The Life mp3 download
browse other artists under B:B2B3B4B5B6B7B8B9B10
Songwriter(s): Paul Mccartney, John Lennon
Record Label(s): 2009 The copyright in this audio & audiovisual compilation is owned by EMI Records Ltd
Official lyrics by