Departure
Bauhaus
Bela Lugosi's Dead Mask A God In An Alcove Dancing The Spy In The Cab St. Vitus Dance In The Flat Field In The Night Hair Of The Dog Double Dare
Departure video Bauhaus twitter


He was in his room, half awake, half asleep
The walls of the room seem to alter angles
Elongating and shrinking alternately
Then twisting around completely so that
He was on the opposite side of the room
A trick of the light and too much caffeine, he thought
Then came a knock on the door
And this sound was the same dark brown tone
As the wood of which the door was made
At first he thought he'd imagined it
Because it would not have been out of place
With the other strange hallucinatory events of that night
But then it came again, only heavier this time
With a sense of real urgency, so pulling himself up
And stepping through pools of moonlight and shadow
He made his bleary way across the room towards the door
And slowly, apprehensively, raised the latch

The latch became a fingertip, touching his own

Energy sapping as a new form, transversing the edge of his emotions
His power became his agony, his power knew no bounds
Whereas before, his peace have withstood it's vastness
His prerogative became an endless force of the all impossible
His final soul is flying with the contempt only
Even the legendary glance backward deep with
Eternity's stone in peace or save is already destroyed again

You cannot share, the temperature is rising
Ghost and monkeys make a choice
This
This

He tried to will himself back to bed He wanted desperately to feel the reassuring
Crisp, white sheets once taken for granted
To be back home, safe as houses
An' protected by walls covered in familiar patterns
But even wallpaper had become sinister to him
He remembered staring into the paisley print
And seeing a repetition of skulls
At night he would listen to the click of heels on concrete outside
And try to imagine the facial features of the unseen figure
He would always see his own face
And another realization of this prophecy rang terrible and true
For at this moment, it was indeed, his own feet that filled the shoes
Shoes that no man would want to wear

Into the hills then

Into the hills then to search for another searcher's closely held goals
Into the wild forest under the billowing leafs
Under the dreadful birds, the singing soil
The decrepit babies, the unhappy new loves
The preaching alphabetics, the long lost lovers
Never to their sons safely the mothers
In fact, all the guilty clouds that he will move into a playground
A sense of moonlight and shadow
All the stars touch to the cold molten sunflower, fly to his middle eye
The wallpaper had become sinister to him
Alas, white cold
Alas, rainbow's middle infinity's destination
Another realization of this prophecy
All life's drums drink from bottles and visions blinded 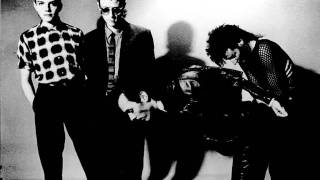