Bacc And Forth Lyrics


[Verse 1: Bandhunta Izzy]
We pull up with four sticks and four thirties
Yeah that's a hundred twenty them hollows
I was just jugging work out in the city
Selling them drugs, Izzy El Chapo
Business the motto, no we don't beef 'bout no broads
That's some sucker shit nigga
That that buster shit nigga
I should bust your shit nigga
I'm done with this nigga
Bro told me chill but I couldn't
Had to just throw on a hoodie, put on a mask
Had to just load up the MAC
Had to just put on the gloves, cover the tats
First degree murder, really done did it
Two-two-threes, they'll knock off his fitted
Taught me I'm wicked, taught me I'm evil
I just say that I was growing up different

[Verse 2: Bandhunta Jugg]
f*ck did I say, we was growing up twisted
Got plates in the sink but no food on the dishes
Mother seen what I did, got suspicious
I'm sorry ma, I'm tryna run up these digits
We'll pull up on 'em with the chopper
I got a lot of shooters on my roster
They gon' say put me in
Then they gon' spend a band like a scene up outta Shottas
But I ain't Jamaican, don't get it mistaken
'Cause a nigga still crazy
All these bands, I'm 'bout to rake in this shit for the taking
Think I'm gonna need a banker, damn
But I don't trust no bank
So I put them racks up in the mattress
Still stacking up like it's Tetris
All them bands, I'm getting profit nigga, I don't pay no taxes

[Verse 3: Bandhunta Izzy]
No I don't pay no taxes, bitch I was trapping
Brrt, phone ringing like a bitch
Look at my face tat, it's a Glock twenty-six, with a thirty in the clip
Same glizzy that I got right now
Same glizzy that I use on your round
Same nigga on the block from the trap
You the same nigga from the circus of clowns

[Verse 4: Bandhunta Jugg]
Run down on 'em and I'm puttin' em down
Duct tape, better not make a sound
I got a Glock seventeen, fifty rounds
Yeah, what you talkin' 'bout now?
Niggas say they gettin' money
I came on your block, man that nigga was bluffing Say, you say you got them hundreds
I'm running down on a nigga, I'm clutching

[Verse 5: Bandhunta Izzy]
Hugo nigga, bitch I been a boss
Louis belt with my nina ross
Henny in me, got me 'bout to spazz
Leave me 'lone 'cause bitch I'm in my bag
I just be doing my thing, ayy
You should not move in my lane, ayy
Got an AR and the K, ayy
Sound like the alphabet, ayy, ayy

[Verse 6: Bandhunta Jugg]
Sound like the alphabet, ayy, ayy
B, you don't want to see me
I slide through your block with the D-E
Bow, shootin' like TV

[Verse 8: Bandhunta Jugg]
Can't you see that nigga spazzing?
Chopper in my hand, you know that I'm blasting
Can't you see that niggas rachet?
Don't care your situation, nigga I'm taxing
'Cause I need me a fraction
Whatever you making we gon' start subtracting
I hop out that p*ssy then I hop back
Tell lil baby I want it from the back end

[Verse 9: Bandhunta Izzy]
Since we talkin' 'bout math
I'm adding my profit, I flip it, I multiply
I shoot him straight in his eye
That nigga was smooth, I don't know how I saw the guy
I keep me a shooter with me
I don't do no regular, bitch yeah the shooter with me
I'm really a shorty nigga
I like my bitch old, I got me a cougar with me

[Outro: Bandhunta Jugg]
Yeah nigga, f*ck wrong with you dumb ass niggas man
Fifty round drum, thirty round drum, hundred round drum in this bitch right now
f*ck you talkin' 'bout, sound like a motherf*ckin' auction in this bitch, you heard me
Baltimore shit nigga

[Outro: Bandhunta Izzy]
Yeah yeah yeah, you heard what the f*ck my brother said nigga
Fifty round, thirty round, hundred round nigga
Sound like a motherf*cking auction nigga
Come get what you can afford bitch ass nigga
Bandhunta shit
Really the motherf*ckin' murder team if you f*ck with us
Explain lyrics
Correct lyrics 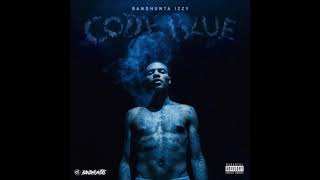 check amazon for Bacc And Forth mp3 download
these lyrics are submitted by itunes3
browse other artists under B:B2B3B4B5B6B7B8B9B10B11
Record Label(s): 2018 Republic Records, a Division of UMG Recordings, Inc
Official lyrics by