[Verse 1:B.o.B]
Well every single morning down by them tracks (uh huh)
There dude was a dude named Kenny who was selling them sacks (got that work)
Client after client, they would come right back
He'd give em the stuff and they'd give him the cash (yes)
Now Kenny's on his hustle, yeah, he's on his grind (uh huh)
Money's on his mind strictly all of the time (get money)
But there was one customer who'd come to buy
He was looking for ice, not nicks, not dimes (okay)
He ain't know his name so he called him Chuck (Chuck)
And he was in a Benz when he pulled up
He wasn't from the hood, he's just passing by
Black shoes, black car, black shirt, black tie
So Chuck pulled off and the po pulled up
Wasn't no back door so Kenny was stuck
And now he's in the precinct sitting in cuffs
Just waiting for the trial date

[Verse 2: B.o.B]
Well in the city of LA around Beverly Hills
On top of the mountain there's a beautiful crib
A man and his wife and his family lives
He get a decent salary, he paying the bills
But everything ain't just what it seems
Outside looking in it's the American dream
Behind closed doors, he's really a fiend
Addicted to meth and he snorts OC
So one day he pulls up to work
Hops out this car and fixes his shirt
He walks in and the whole court just rises (rise)
The Honorable Chuck Blumstein presiding (be seated)
Oh, and what a pleasant surprise (huh?)
Kenny sits there right in front of his eyes (ain't that Chuck?)
But he don't hesitate, looks him right in his face
And with three hits of his gavel, he seals his fate 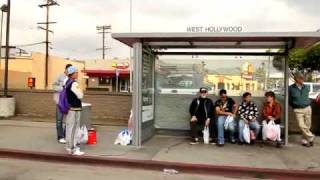 check amazon for Not Love mp3 download
these lyrics are submitted by LyricsVIP3
browse other artists under B:B2B3B4B5B6B7B8B9B10
Record Label(s): 2009 B o B Music
Official lyrics by