[Lil' Wayne]
The rhymes you are about to hear are true

[Mr. Ivan]
This some true shit.

Shoulda killed you bitches when we heard that song
Tipped it on, talkin' bout 6th & Baronne
When the f*ckin' lights on up early in the mornin' ,
All that muthaf*ckin' creepin'
Pissin' on the set when a nigga Dee, sleepin'
p*ssy ass
You know you can't survive,
You was creepin' through that third, you must don't know it's do or die
Now that nigga on my list
A P-poppin' bitch no disresp
P-Poppin' bitch no disresp
P-poppin', P-Poppin', P-Poppin' bitch no disrespect to the tenth
But there's a p*ssy in your face and they can suck and dick
Ridin' and slidin' with all that workin' and twerkin'
You can't be no "G", 'cause a "G" not down wit jerkin'
Them niggas always comin' with that play,
You want some real drama, why don't you bring that shit our way?
'cause I'm a Baby Gangsta down for that street funk,
Stuntin' in a concert, take it to the f*ckin' trunk
Talkin' all that bullshit, talkin' all that shit on wax,
Talkin' all that yak-yak, but I'ma split your Kool-Aid pack bitch
I got my pistol close at hand, this for the REAL,
Real pussies in the can

The rhymes you are about to hear are true.
This some true shit.

Chuck f*ckin' them niggas at niggggggggggght
They doin' bad and slangin' rhymes at the same time, ain't lyin'!
Now this nigga is a muthaf*ckin' dick beater
Heard at Corn(?) he was a muthaf*ckin' cheerleader
f*ckin' wit a B.G., best believe you will get served
I'ma leavin' ya muthaf*ckin' thinking cap on the curb
Chuck got some mail? 'cause oh yes, I'm comin' to get'cha
And if I don't get 20 G's I'ma split'cha,
I'm a murderer, server, nigga come try to test
Had to put'em to rest, no vest but one to the chest
But uh, you know you done f*cked up don't cha?
Like Yella said, you mad 'cause Ca$h Money didn't want'cha
Let's move across that water strapped with that A.K.
They got some wannabe crips, wanna bang, go to L.A.
Now you can claim, the East, North, West, or South
Mystikal fool, you can pump this dick right in your mouth
Them niggas be rappin', very much trippin' Talkin' all that nonsense, slippin' talkin' bout they be crippin'
But it's like this, watch out before you get bucked
I'm tellin' coward ass niggas to raise up, raise up, raise up

At first he was a cheerleader now he ain't that nigga to f*ck wit
That goes to show you studio yeah that nigga buck quick
You duck sick when I catch'cha, you best to start to runnin',
'cause I'm comin', start duckin', 'cause I'm bustin', and pluckin'
f*ck it
Chuck, you big trick, you hoe bitch,
Puttin' stank hoes in apartments and shit
And ummm, them niggas who help you get the money you straight f*ck EM
When check time come, they gets nothin', you pluck em
And y'all hoes for lettin' him take it,
Hard rolled and fake it,
Niggas best to look like skatin'
Now back to this muthaf*ckin' Mystikal bitch
You wanna jump on a nigga like a morphodyke come jump on the dick
That's enough of this hoe shit on the real
If you don't spit "G" shit with skillz you can't pay bills I make mils
I close the shop for them niggas wanna shine
Sign on my nine when I put it on your mind into your spine
Don't whine, niggas can't handle me not hard
I'm the bitch who came to f*ck up the party
When I catch'cha I'ma kill ya don't worry,
This is another part of that f*ckin' true story

Partners you bet not do no crime,
Get no time and go to JAIL
'cause in that two man cell, best believe you gone get NAILED
Mystikal you'z a hoe, it's time I Iet'cha know
Y'all ain't ready for Local five, got a boot camp fulla hoes
I'm gat totin', ready to leave your heart open
Bullets floatin', hot nine chambers smokin'
Uptown, ya bound to get y'all wig split
Y'all represent a 17th set that don't even exist
Now that's a shame, you reppin' just to get a name
You can't survive in this game 'cause you niggas lame
I'm ready to take it to some "G" shit, street shit
Where caps get peeled, and wigs bound to get split
I'm off Valence, ain't no doubt this B.G. ain't real
I'm bout to *hic* hiccup some bullets out my f*ckin' steel
Peel, make niggas kneel, bow down
From this clown that's gonna put you six in the ground.
It's time a nigga put Big Boy where the f*ck they belong
Rollin' wit Tec-9 best believe it's on
Raise up, raise up, raise up, raise up, raise up 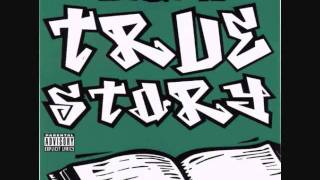