I'm back again, reppin' and I got my four ten
Doin' you in when I creeps and spin the bin
Now the heat is on I'm comin' to get'cha
Went through the 17th and couldn't even find ya
Come to find out, that you were fat mouthin' and you'z a hoe
The only time you seen the 17th is at a show
Jealous muthaf*ckas wanna be like me
I represent that 3, the capital T-E-C
You bitches better keep my name out'cha mouth
Before I get a bag of that fire and wait outside your house
Nigga, I catch a drain, ain't no motive, ain't no blame on what I do ya
'cause I'ma f*ck over you
Now what's up? 'cause I don't think you ready to see no blood
f*ck all that asshole and leave ya f*ckin' head swollen
I hit like floods, better yet, I stick like mud
Them bitches P-N-C, I leave'em in a pool of blood
Partners-N-Crime, y'all some bitches, y'all some snitches
You stupid clown, Chuck got'cha riches

Partners you bet not do no crime,
Get no time and go to JAIL
'cause in that two man cell, best believe you gone get NAILED
Mystikal you'z a hoe, it's time I Iet'cha know
Y'all ain't ready for Local five, got a boot camp fulla hoes
I'm gat totin', ready to leave your heart open
Bullets floatin', hot nine chambers smokin'
Uptown, ya bound to get y'all wig split
Y'all represent a 17th set that don't even exist
Now that's a shame, you reppin' just to get a name
You can't survive in this game 'cause you niggas lame
I'm ready to take it to some "G" shit, street shit
Where caps get peeled, and wigs bound to get split
I'm off Valence, ain't no doubt this B.G. ain't real
I'm bout to *hic* hiccup some bullets out my f*ckin' steel
Peel, make niggas kneel, bow down
>From this clown that's gonna put you six in the ground.
It's time a nigga put Big Boy where the f*ck they belong
Rollin' wit Tec-9 snortin' dope best believe it's on

You can jump up on this dick, like a morphodyke, BIATCH!

Say "Ah ha, Ah ha", yeah you thought it was funny
When you tried to rap, hunt, stunt, front, on Ca$h Money
You must have been jealous of that title that we holdin'
Try to rep on that Local 580
You must have been too loaded, too loaded, too loaded
They tried to pull a lil' stunt, on that Local 580
Wanna be Pimp Daddy, Lil' Slim, and Baby
They put that whole CMR all up in they rap
They had us on they first tape and they proceed to sweat
So let's show them wannabes what we made of nigga
Try to knock a B.G., I'ma spray a nigga
Swear to God you was hard, but you don't want none of me
'cause I'm a little-bitty killa off Amelia East
So put two and fall, see I ain't with that boy
'cause all I do is grab my 9 and break a nigga off
Somethin' proper, I will make you droppa
I'ma baby gangsta, not no P-poppa
This is dedicated to niggas that be fakin'
Tryed to rock the crowd for the turf but couldn't make it
It was complicated so how you gonna rock them?
While they was busy doin' the Hike and Eddie Bow'n
I'ma stand my ground even though you try to bring me down
'cause I'ma Ca$h Money clown from that Uptown, and I'm bout it
Nigga you know you not bout it,
Come around my way I'ma have to get ROWDY

Damn, I hate a busta bitch talkin' shit
But when drama time come they scared to do it
Throw them thangs talkin' hard in the Mic
Say it in my face, be a man, and let's fight
Take it to the street with a real baby G
I'ma show ya I came bust caps send ya six feet
I ain't bout none of that playin' or assholin'
Nigga I'm splittin' wigs, leavin' heads swollen
Mystikal slippin' and on the pavement you get laid
Light up through ya hoe, I'ma grab you by them dookey braids
Put'cha head down, 'cause I heard about'cha
In Desert Storm, Uncle Sam got that mouth up out'cha
So let me get that out'cha bitch,
I'ma run in your shit, 'cause I'm a 13th nigga and I'm bout it 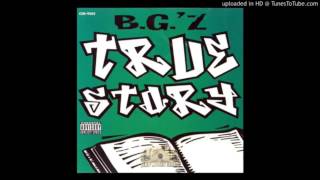