[Verse 1]
f*ck your opinion
I'm in T chilling, that's trilling
Real rap niggas
But I'm a DJ, on his record, I'll spin him
I'm the man of the moment
Getting rid of grands, no condolences
In the dance, we don't dance, we got fans cuh we're blowing
I'm with my boys, we got bands, Take That, Mark Owen shit
But we still
Turn down for money
I did so much dirt, I got my trousers muddy
How am I finding my true love when a thousand love me? It's crazy
This is N1 fizzy
But I'm a rascal, that Boy in da Corner, I'm Dizzee
What goes around comes around till you're dizzy
Give her the busy tone unless you wanna get busy, it's crazy
f*ck your opinion
Like I said at the beginning
Lord forgive me, I would've never made it without sinning
I just wanna spend a killing now we only living
f*ck your opinion
Like I said at the start
They gave the schoolboy Qs, now I'm Kendrick Lamar
Tryna milk the game, keep your breast in your bra, hah 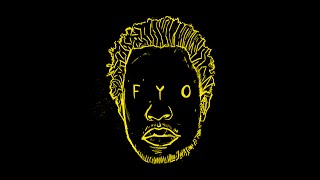