Spitting blood on the barren land
Corpses lying dead on the black sand
Deep red, the core of the will
On the scrap heap, feel the polar chill

See the devastation, hear the bestial noise The jaws are gaping, roaring hellish voice
As the eye of war stares impatiently
Savage bastards prowl through the debris

The bones are soaked, the blood flows like a river
You're drenched in fear and your limbs shiver
A black flag is on my mast
The cannons creep, the human race won't last 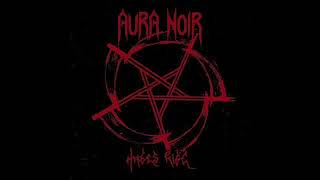