[Slug]
(I pledge allegiance to Budweiser and free drugs)
Peace to Rick James, Anna Nicole Smith, Bill Clinton
And Motley Crue
And anyone else who has ever utilized their 15 minutes
Of fame to realize their true dreams of being an
Absolute jerk off, just to keep the masses entertained
This goes out to learning from the mistakes of others

[Verse 1]
They call me a jerk, once they get to know me
But they don't stop calling, they read me well
It's no work if I was phony, I'd win a trophy
Who needs to make records when there's seeds to sell
Freak the bell, and make it all spin crooked
God please help, too much grim to look at
Grab the tree by the limb and shook it
Like, "Have you seen my self esteem, where the hell'd you put it?"
Oh wait, never mind, I found it in a bottle
Drunk at the Troubadour talking to a model
Wrecked the rental on Santa Monica Boulevard
I was headed to the El Rey to slap a security guard

[Verse 2]
The liquor gets hold of the head liver's soul
Blurry on Sixth Street and Red River Road
Last thing I remember was the Ogden Theatre Backstage bathroom making out with all three of ya
Kicked out of Topcats... for where I put the vomit at
Finally passed out in a laundry mat
Malnourished and topless, slurring and obnoxious
Like, "Yo, we got this!"
The Zodiac Killers 'bout to rock this
At the Great American Music Hall, pissin on the box office
Pick apart the detail, alcohol and females
All around the world same song
Houseton and Ludlow, Maxfish, Vampire
You poor the beer and I'll bring the satire
No prob, I'll play the part of doorknob and make it look
So good you're gonna wish that it was your job

[Verse 3]
It's all about the hangovers, and late checkouts
Maid banging on the door like, "Wake up! Get Out!"
But Come on mami, y'all probably don't want me comin'
Out like a Zombie brushing teeth in the lobby
This is a career, not a hobby
Ain't no reason to fear what you wanna see
Hey paparazzi, don't you wanna watch me quote the
Fonzi and then crash his Mazaradi?
Sweat pants, t-shirt, mesh hat, blue blockers
Feeding Jack D. to a room full of teenie boppers
Howdy neighbor, take a shot for flavor
Let's debate whether or not we should punch the waiter
I'm just kidding, let's love each other
It goes lick, swallow, suck, and order another
Do what you like, don't nobody care
It's a sign of success only in America

[Chorus End: 4x]
I didn't cooome to start no trouble or hurt no one
I'm just heeere to get drunk, party, and have some fun 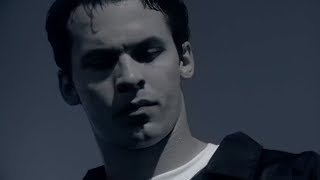