Mama said he was dangerous
Yeah, he was born with that California blood

It took them a while to understand
They were not strangers in a strange land, anymore
They were home

He was a hungry man living in a fallen town
He climbed up to a place where he could walk on the solid ground
A twisted man living in his own way
He swaggers with a limp, happy damage from the old days 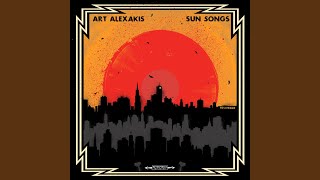