It seems there was once this young woman
Se had dark hair and beautiful clothes, and very distinctive voice
Some say it's noise, but I think it's pretty, well, anyway
She was engaged to this kinda loserish guy who owned a bridal shop, at which she was gainfully employed
But one day she's like, what I am doing with this guy? He's kinda of a deadbeat right? He kinda sucks
So they get in this huge fight, he kicks her out in the street without a dime to her name
What was she to do? Where was she to go? She was out in her real end

Her name was Frances
Miss Fine if you're nasty

You're probably wondering, whatever happened to this brunette bombshell?
Well, she fell back on her skills to makeup artist
Became an Avon lady, naturally
And being the innovative entrepreneur that she is
She went to the richest part of Manhattan, Madison Avenue, where she met a straight Broadway producer
His wife sadly just passed away, as so his three children we're kind of depressed
But that brilliant brown-haired goddess had such an instant report with those kids
That that straight Broadway produced hired her on the spot
And there you have it, that's how she became their primary caregiver

Her grandma's name is Ieda
Beware of the blond business partner

And so after severely years of "will they or won't they?"
She and that straight Broadway producer eventually got married, sorry spoiler alert
But the moral of the story is this, if you ever find yourself in times of trouble remember
You have style, you have flair, and you are there 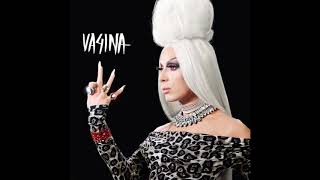