A To The K Lyrics

A To The K Lyrics

[Verse 1: Akrobatik]
Just when they said it couldn't be done, I am back (uh)
Witness the reappearance of your radio interference (um)
I've been given clearance to smash the airwaves
Of these program directors and all of their slaves
I'm sendin 'em to their graves (uh)
My indie hustle got too much muscle for them to even try an' tussle
As we struggle through the jungle I'm pullin you out the rubble
I'm trouble with the lyricals, somethin like Je-sus with the miracles
I can't turn water into wine
But I can drop a hard rhyme that's slaughterin your spine (huh)
Calm under pressure like Tom Brady, 4th and 10, runnin short of time (huh)
My skills are borderline insane
Follow them and flatline your brain (brain)
So just bounce to the beat bitch (bitch)
Peep this unique shit (uh)
Ak murder jams and it ain't no secret
Yes, uh
They call me

[Verse 2: Akrobatik]
If there is your introduction, then where the f*ck you been?
It's been years since my records first started to spin
I'm from the era where you had to work your hardest to win
A lot of records drop, you never heard the artist again
But in my heart is the desire to win
I'm on fire again
Ignire the mic and let it strike my opponents
Blazin through your stereo component from the moment that you press play
It's feelin like the start of your best day
Shit is hella dope, that's what my heads our West say
Hey, ask my homey B-Real from the Hill
Ak got skills plus somethin you can feel
I got pop appeal but I keep it concealed
Like an automatic weapon, but that's not what I'm reppin
I'm reppin no half steppin, that's the lesson
The new era begins now, no more stressin
Let's go (yeah)
Back home they call me

What, yeah, yo
Not the gun, but the MC son 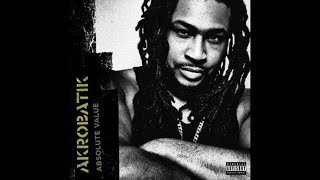 check amazon for A To The K mp3 download
these lyrics are submitted by kaan
browse other artists under A:A2A3A4A5A6A7A8A9A10A11A12A13A14

Rate A To The K by Akrobatik (current rating: 7.30)
12345678910
Meaning to "A To The K" song lyrics
Watch Video Comment Enlarge font Correct lyrics Print lyrics