Yo what you got for me man?
Yeah I got that red, black and green for you baby
C'mon c'mon c'mon, give it to me, I need it now
Got that good shit
C'mon, I need somethin now
Make you really right
Oooooooooooh~!

[Abiodun Oyewole:]
We were strung out, on revolution
Filled up the syringe with Mao and Marx and Malcolm and Finot
And OD'd, on the possibility of change
We could knock you out with our afros
Stop bullets with our dashikis
Beep beep, bang bang, ungawa, black powerrr
A change is comin, and nothin could stop it
We got hiiiiiiiiigh on blackness
Held our black fists up, and told the devil to suck
And made a commitment to disrupt the world
Kill a cop a day, give white girls no play
Make America pay for all her wicked ways The shit was on, then it was gone
Just like an episode on TV
It got cancelled, and there was nothing to see
Panthers were turned into little p*ssycats
Revolution was commercialized, and had nothing to do with black
Crossovers in music, in clothes, in styles and sex
Became the norm, for what was comin next
But we never stopped makin babies
They came out breathin the vapors, of an aborted revolution
And all the failed capers, and the few who were escapers became stories
Some of us wanted to forget
So the sons of guns and the daughters of black order
Hopped into what was hip
And skipped over the scattered remains
Of a would-be revolution, turned into a game

Yeah, this is our legacy
Ha~! 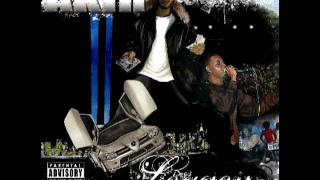