(Ooh
What you say
Come on)

My deejay is dope, def, real death-defyin
Competators, get with mental def tryin
The number one candidate, his hands'll make
Dancers dance, he possess the hands of fate
He'll scratch a record that will stand
Out from the rest that's def, and he'll jam
Anywhere at any given time and thrill fans
Totally blindfold his cuts will still slam
Harder than the average, make a savage kid
Nervous, the perfect combination had to get
Funkier than funk itself, now haven't you heard
He sharpens his claws for damagin a nerd
Just with the power, plus time to mutilate
You can't escape, don't even try to retaliate
Cee Just, do that shit, they thought you slipped
They didn't know that you were smoother than Cool Whip
Now prove it to em ( *cuts* ) scratch
Pull it back ( *cuts* ) yeah, I like that
Energetic, enthusiastic
Cuts are drastic, knowledge the tactics
Faster than a centipede. and all that he need
Is two tables and a crossfader to make the record bleed
Deejay of the year, got the number one candidate
And he possess the hands of fate

Deejays left to right throw in their white flags
The way that he scratch you think the record had crashed
Back and forth, forth and back as he'll attack
The turntable, that's why he's labelled an acrobat
You need to resign or take a spring break
First you was hard, now you're soft like a ice cream cake
Try to compete with the elite is a silly stunt He'll smoke the crossfader like a Philly blunt
Manifest skills on the wheels of steel
The one-man band never ran, and he never will
He's a hitman, who's gonna be the next hit?
You wanna battle, you better bring your best shit
Courage, heart, balls, cuts
After all that you still get crushed like a wall nut
Damn, the brother's nice, I make em do a quicker slice
Sendin em toy deejays back to Fisher Price
Hard to categorize or analyze
The way that he scratch leave deejays paralyzed
Crisp and clean like a fully loaded magazine
The track is mean, he's prepared to rag a teen
Deejay Cee Just, he cuts, you couldn't beat us
Even if you were to cheat us
Stun ya, make you wonder how can he make
A record rag so much, he got the hands of fate

Sharper than a straight blade are my rhyme skills
They attack with the impact of a minefield
And I ain't even started to get loose yet
Turn up your Alpine, e.q. your gooseneck
Ladies say "aw!", fellas say "ho!"
Prepare to undergo
Lyrical surgery, you're gonna get hit, slayed
Rhymes'll crack your spine and bust your rib cage
I can't calculate the rappers I take out
Before the battle is through, most of them break out
I never lose, I aim to win
I'm just a rebel, killin like a Devil Tasmanian
To take a deejay out is a bear task
Who's def, he'll make you lose your breath like tear gas
Just, cut it up, cold smash the break
Show the people you possess the hands of fat 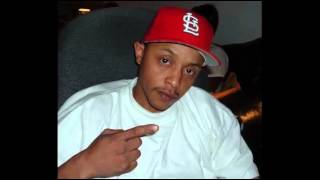 check amazon for Hands Of Fate mp3 download
browse other artists under 0-9:#2