[Intro - 2Ru3 speaking]
Ay, you know, as I look around
See the news, hear people talking about what's going on
I can't help..but think...it's time for a change
But we can't...make that change...
If we always...pointing the finger....
We gotta look at ourselves, too...

We went from morals and principles, to immoral yet legal existence
Yet wonder why it seems the hearts and minds have died of our children

Stuck in a place where love is distorted..and genuity scarce
Where truth is choked for standing and speaking leaving us needing repair

Never once looking in that mirror, willing to make changes
Paying no mind to the youth therefore we the reason they seemingly crazy

In a world of misconstrued truth, where hate and evil run awry
Masked blind behind digital screens, sowing discord and folly

Virginity stolen with innocence, leaving folks broken and bitter and
Never quite knowing what living is with a soul flowing with liberty

Our children hear our words and grow, from that which we show
Yet we push 'em aside, abuse 'em or raise 'em in the ways deemed wrong

We talk bout peace, love, and charity while holding in hate
People we living in spiritual slumber, wake up, we've gone astray

Do we not recognize the days and times in to which we've entered
Warfare, against dark forces, in the realms of the spirit

Let us combine so we can find..a better route in life
Picking up peace, love, and unity throwing hatred aside... 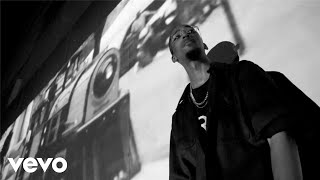 check amazon for The People mp3 download
these lyrics are submitted by itunew3
browse other artists under 0-9:#2
Record Label(s): 2016 Gentile Soul
Official lyrics by