Suddenly the old man reached toward the sky with a look
of bewilderment
Even though he knew this day would come, he never
wanted to think about it
in an instant, he saw his life flying by and he
wondered
"Where had all the time gone? So many things left to
do, why now?"
Seemed like only yesterday he was a boy without a care
in the world
Kites and wagons, stickball and broken windows, long
hot summer nights under the stars with friends
Telling tall tales about the adventures of their
fathers
There was a bond there that was hard for him to
understand as a child, but
As he grew older, and watched his father set the
example,
it became very clear to him that a father was more than
just a ferocious old bear sitting at the head of the
table ... Much more
He was a teacher,
taught the kind of things they don't teach in school
Like the value of an honest days work,
A promise made is a promise kept
Taught the love of Family
He was a healer, mender of broken knees, and broken
hearts
He was a builder of homes, futures
Most of all, Father was a dreamer
He learned they become dreamers when they become Fathers
Starts first day, small dreams of all the great things
you'll accomplish
Then, as you grow up, dreams get bigger, that you'll
come home safely every day
That your heart will never be broken, and that your
life will be much easier than his
Then, sometimes at night, a Father dreams of precious
moments he may have lost along the way
Working a little too hard to make sure your dreams come
true
The old man smiled, and began to remember the great
moments in his life
His childrens first birthdays, their first Christmases,
their first loves, their first children
And even though none of them became president or
invented anything earth shattering to make the world a
better place
He could see the results of what his father had taught
him, in them
And he knew he had done his job well
And, because of that, maybe the world was a little
better
He was proud, He only wished that he could tell them
that one more time
Yeah, time had gone by a little too fast, but today was
his day
He was a boy again, without a care in the world 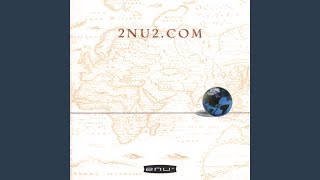 check amazon for A Father's Day mp3 download
these lyrics are submitted by kaan
browse other artists under 0-9:#2