[Intro: Northside Shawty]
Once you've found the right doctor
And have told him or her about your pain
Don't, don't be afraid to take what they give you
Often, it will be an opioid medication
Some patients may be afraid of taking opioids
Because they perceive it as too strong or addictive
But that is far from the actual fact
Less than one percent of patients taking opioids
Actually become addicted
Talk my shit (Knock, knock, knock)
Slicky, calm down (Knock, knock, knock)
(Knock)

[Verse 1: Northside Shawty]
Ayy, death addict, my mathematics you can't add up
So tragic, my baggage comes with no back-up
Breakin' patterns; like splittin' atoms, it ain't happenin'
Cycles spin, psychosis wins, the world spins
On my motherf*ckin' dick likе a whirlwind
Devilish sins, devilish grins, got motherf*ckеrs like
"Here we go again, this motherf*cker Scrim
Can never stop for nada (No), too toxic
Send his ass off to the doctor
Between the Xanny and Suboxones, lost cause, lost hope
He a throw-away-way
Way too deep in this hole where he lay-lay-lay
Lay me down to sleep
Northside Shorty ride curb on creep
Northside Shorty don't pray where he eat
But ayy (Ayy), soon, we'll see
A Soulja by the lake buried six feet deep (Buried six feet deep)
Less stress on me, more profit for thee
Middle finger pokin' out for everyone to come and see (Come and see)
[Interlude: Oddy Nuff da Snow Leopard] Lately, lately, lately
Lately, I've been feelin' brainwashed
Ayy, ayy

[Verse 2: Oddy Nuff da Snow Leopard]
Lately, I've been feelin' brainwashed
Like my soul was rubbing against the grain, lost in the same sauce
I would complain but I'm wearing diamond chains
Cost more than I care to explain, uh, yeah
Lately, I've been feelin' out of character
Bitch left 'cause I embarrassed her, but every day
I be like a thousand f*ckin' miles away
Blowin' dope, remindin' myself I'm the boss of the Grey, ayy
Boardin' the plane, what the f*ck is a holiday?
Dreamin' through the day, what were you saying? My mistake
Fleeting attention, screenshots and mentions
Wish I still had an away message, forever stressing
Live a life in the day, this a day in the life
I'm still the f*ckin' same, covered in spots, not stripes
From broke to f*ckin' paid, this the Grey*59
$uicide for life, rep it 'til I f*ckin' die 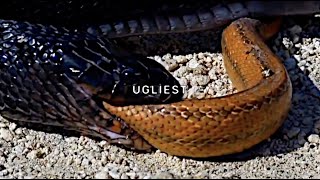