[Verse 1: CHARLES LEE RAY]
Turn this bitch into Virginia Tech, ayy
Got the chopper just to make 'em wet, ayy
Dynamite around my vest, ayy
We them G*59 terrorists, ayy, ayy
Keep throwin' threats, and I'll keep yawning
Light my cigarette, you just keep on talking
Watch where you tread, please watch where you walking
I'm from Vietnam, better known as New Orleans
The smell of death is so, so familiar
I'm that silhouette, that all black figure
Grave-digger, grey killer, Lil Cut Throat
Drag 'em to the river, watch his f*cking body float

[Verse 2: RAINDROP WALKA]
Two empty pill bottles, I'm f*cking duckin'
I can't call my plug no more, oh no—but I'll prolly say f*ck it
Oh, how I love it, really, it ain't for discussion
But the truth ain't that far from it
I keep on buggin', like f*ck it, I'ma say it
Like f*ck it, I'ma f*ck up
Like f*ck it, I'm a f*ck up, and it's f*cked up
It's just my dumb luck, it's just my dumb luck
You'll never put me down more than I have
You'd have been down, and it's more than I have
Fake f*cking smile with the knife in my back
Fake f*cking child, bitch, that's just how you act 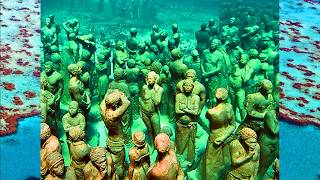 check amazon for Hard To Tell mp3 download
these lyrics are submitted by itunes3
browse other artists under 0-9:#2