Tall Tale Of A G Lyrics

Tall Tale Of A G Lyrics

[Z-Ro]
Hearing voices of the children of the corn
The mother that has finally been warned
Cause on a Polaroid in focus
There's a picture of my first born
I got a scary crimination, so I walked up in his room
And he spoke his first words (daddy's gonna die soon)
Running through the metals, people running
When they see me coming, a mother calling to her son
That's telling me to watch my back, I'm being hunted
Then it was gone, I turned around it had to be on
But then I had found, it was gonna be hard
For me to make it to the crib, cause niggas had me surrounded
Then all of a sudden, it was first and ten
Cause a nigga fell lite to the do'
Set trying to raise up out of that hoe
I step in and checking chins, broke loose with a loose tooth
I'm headed for that Cadillac, all of a sudden I felt cock
Needled ghosts steals that appear in my calf, now stick in my back
Then fired one, now I made it to the car and I crunked that hoe
And I hollered you niggas won't get me
Then I backdo' the beltway back to Mo City
But there's a Regal trailing close up on my fender
But in my hand, I got the synthetic rubber death
Automatic life ender, he's in the right lane and I'm in the left
So I hit the break and he hit the gas, and as he passed
I busted a shot that broke the glass
And the car was swerving, wondering to a Bourbon
Crashed in a diesel, then it burst to flames
I thought it was over, till the nigga pulled up in the Nova, uh
Now I'm doing 85 up ahead, out the window hollering catch me if you can
Could not lose him its still a pursuit, chasing till we hit Ridgevan
Pulled up in the front of the crib, put the Lac in park
And I unloaded the Mac, and I'm kinda cold
Cause the favorite mask of a mama
Bullet had my shirt spinning to my back
But I ain't got time to bleed, cause I'm getting up out of the car
Trying to catch my breath, and I heard screeching tires
And a bunch of foot steps, running with these niggas coming
I'm getting ready to split some wigs, but running up out of the driveway
There's a carriage that contains my kid
I dropped my strap, and hollered I'ma save you
They fin to kill your daddy but don't worry, you can resurrect me later
I'm almost dead but to my surprised, I done visualized That nigga done rose up out of the carriage, I seen his big brown eyes
I shed a tear running to him, thinking I could use my body
To shield him from the blast
And I heard (f*ck, f*ck, f*ck, f*ck) everybody crashed
Then the niggas was gone and that was that, and since I couldn't breathe
I put down my self destruct, and I passed
That god damn thang to my baby boy
But I thought to myself, I can't just go out like no f*cking flame
Got re-gather my nuts, and make these hoes recognize my f*cking name
I'm ready to give up the ghost, and my first mind said close your eyes
But my second mind it said over ride, the first mind and grab yo' nine
So I stood to my feet, covered in blood catch a slug
That busted my ribs, and I grabbed that damn thang
From my baby boy, and I put him back in the crib
And since aggravation had my def callade, I put up the Mac
And I passed up the nine, and I strapped on a hand grenade
Got back in the car, only reason I see is bodies stacked
Fired up the dank, and I hit it so hard
The smoke started seeping up out the holes in my back
I crunked up the car, for my final ride
Wipe the blood off the locs, and put the Lac in drive
Motherf*ckers better be ready to die, cause death is close
We gon go, out like G's and continue to plot on his ghost
I'm 28 plus all of my fate, hitting what do you know
Recognized the Nova, parked the car
And made my way to the do', they slamming them boulders
Jamming on Screw, and sipping on hennessey
Without any warning I kicked open the do'
And said do you remember me
They jumped up quick, I grabbed the hand grenade
And shut the f*cking do', and then I felt the heat from a 4-4
They hit the deck, but it really don't matter no mo'
They tried to get out, but my nigga we locked in
There was a grenade in my hand, I dropped the pin

(*talking*)
Know I'm saying, going out like G's
Because we are G's, I wanna say what's up to my G's
Hermwood Fisher, Rockesh, Dave V
My niggas on lock, Grady
You know what I'm sayin, I see that
Mike D on lock, real G's
Rest in peace to my G's
Killa Stains, A.K.A. LL, rest in peace
I see you up there balling, man hold up
Real G's, do you wanna be a G
To G or not to G for real
f*ck you fakers 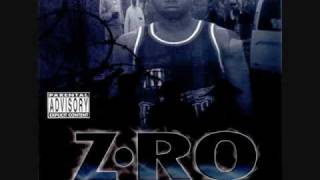 check amazon for Tall Tale Of A G mp3 download
these lyrics are submitted by kaan
Record Label(s): 1998 SoSouth
Official lyrics by