King Of The Ghetto Lyrics

King Of The Ghetto Lyrics


Z-Ro, king of the ghettoooooo
[Z-Ro]
Once upon a time, not long ago
There was a hustling motherf*cker, with a cold ass flow
Everytime he hit the studio, his beeper go off
He left the beef to get his cheese, by selling people that raw
With a pistol on his right side, and one in his back
I-10 again and again, from running that crack
Girlfriend kept complaining, cause he never at home
So he told her deal with it bitch, or get the f*ck on
It was money over bitches, on his mind
Plus all of his partnas, thought that he would never shine
The number be 15 and 5, up in the kitchen
He could do it straight up, or he could do it with a whipping
But then came a drought, and then he put his first album out
Decided to do it full time, cause record stores kept selling out
Still in the game, cocaine on top of the brain
From the studio to the streets, Z-Ro is everything [Hook - 2x]
[Z-Ro]
King of the ghetto, I'm sitting on my throne
Got a red light, sitting on my chrome
Ridgemont Texas, representing
With a taper fade, sitting on my dome
I mash niggaz, and I trash niggaz
When it come down, to the cash nigga
Beat that ass, in a flash nigga
Pistol play, and I'ma blast nigga
Gangstafied, from Goderhead
All day long, I chase my bread
But on the low, I don't f*ck with FED's
Cause a snitch nigga, get dressed in red
Shut up bitch, she look so lie
But they don't know, she'll take your life
Not giving a f*ck, or get f*cked up
And end up dead, with your dick in the sky
Go my way, we gon have fun
Instead of happiness, we have done
About our business, corrupting our kidneys
All that codeine, weed and drugs
I'm leaning ove 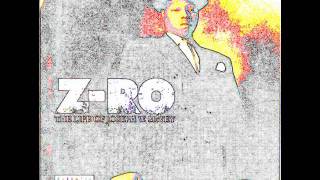