King of the Ghetto Entertainment, Rap-A-Lot
Dean's List know I'm saying, that's what I ride to
When I'm rolling, through these mo'f*cking city streets
Corner to corner, block to block
Witnessing nothing but bullshit, first hand
Niggaz killing niggaz, know I'm saying
Everybody killing niggaz, you know I'm saying
But we the main mo'f*ckers, killing us
Tripping out here, for these god damn streets
To look good in these streets, to have thangs
In these motherf*cking streets, man f*ck these streets

[Z-Ro:]
Damn these city streets, are deadly to a brother
Cause they're full of crooked cops, and killers and undercovers
Everyday is the same thang, another fatal shooting
Somebody daddy done died, so they mama prostituting
Just to make ends meet, and get the bills paid
Wonder why we bleed the corner dry, until the laws raid
Trying to make a dollar, out of nickel and a dime
KFC and McDonalds don't wanna hire me, because my teeth shine
In constant danger, keep one in the chamber
Cause I could become a victim, of some starving stranger
Thinking he can go through my pockets, and come up with some bread
When he found out I'm broke, he still gon leave a nigga for dead
So I hustle to breathe freely, and see another day
For the sake of my unborn babies, I keep a K
Trying to make sure the McVey name, repeat and repeat
Before somebody knock me off my feet, damn these city streets

[Z-Ro:]
Damn, these city streets'll eat you alive
It's beginning to be a full time job, just to survive
Tell me why I get pulled over, when I'm standing still
Why my homies wanna rob me, for my big face bills
It ain't no love in our lifestyle, it's all about greed Can't trust nobody, cause everybody got a trick up they sleeve
I believe in struggling, cause that's all I've ever seen
Besides the county jail, and the light of an infrared beam
I use to keep a pistol, by my side
But it don't matter if I'm strapped, I'm still gonna die
Whether I'm evil or good, in the suburbs or the hood death is coming
Better be like Forest Gump, and just keep on running
Cause he'll be coming, like a thief in the night
Might be in the form of a jacker, trying to get you at the light
Houston Texas is restless, better keep your heat under your seat
'Fore somebody have your brains up under your feet, damn these city streets

[Z-Ro:]
I'm 27, but I'm feeling 71
I pray so much, I feel like I'm kin to the heavenly son
I dodge bullets on the daily, if I don't duck I'm stuck
Then I'll be another murder case, in back of that black truck
Damn these city streets, are full of yellow tape
I wish I could move around, but I feel I can't escape
Tell me where to go, tell me where to run to get away from drama
Seem like everywhere I go, they wanna put me with my mama
Does equality follow me, ain't nothing shaking
Justice and liberty for niggaz, is a house that's vacant
Therefor I'm stranded, where crimes are committed to bread
Forced to watch my people fall off track, like a bad wig
I dropped a lot of records, but I'm still broke
Can't afford to stay in the Four Seasons, but there's still hope
Lucifer is powerful, he ain't got no mercy on the weak
He got us suffering for nothing, motherf*ck these city streets 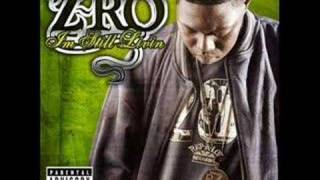