[Verse 1: Yung Gravy]
Got a Phantom 'cause I always wanted one
Picked a magazine up, I was on the front (Get it)
Pipe your girl and her friends, that's a five-on-one
Hit the Gravy stroke, hole in one

[Verse 3: Yung Gravy]
Poppеd off, only took a sec
I'm the Easter bunny, carats on my nеck
Pop, lock, drop, make them hit the deck
Drop my top while I'm getting neck
I feel like I'm Wu-Tang, I'm protected
Ran into your boo thing, she got rejected
That's just how I do things and they respect it
Dropkick, Liu Kang

[Verse 4: Yung Gravy]
That's my shit, come get your bitch
She lurkin' but she ain't slick
She tryna get a grip, woah
'Scuse me, ma'am, that's my dick (Woah)
I feel like I'm Boyardee, Gravy get it sauced up I stock up and whip the scene, then I came and popped up
I'ma help you out, buddy boy, I'ma floss, yeah
Stank bitch, shawty smell like an opossum
I'm drippin' ho' (Drippin'), daddy Fiji (Drip, yeah)
So damn clean, pop a squeegee
Got the funk, I'm the rap game Bee Gees
Raspberry wrist all blue, like the freezie

[Verse 5: Young Dolph]
I just wanna hit one time, yeah, one and done (Ah)
Skinny jeans but my pockets on Big Pun (Ah)
I rolled the blunt and put a perky-erky on her tongue (Yuh)
After I f*ck her, I'ma f*ck her friend, then I'm done (Done)
Stuff a hundred in the box, fin it, that's a bomb (Woo)
Havin' big cake, but I can't give a bitch a crumb (Uh-uh)
Bought my mom a mansion 'cause she always wanted one (For real)
But I'm supposed to do that shit, you her oldest son (For real, though)
Before rap, I hit the trap and I made a ton (For real, though)
I made a lot of guala before I ever made a song (Ha)
I'm from the streets, I smoke blunts, I don't smoke out a bong (It's dope)
Got naked pictures of your bitch in my cellphone
Explain lyrics
Correct lyrics 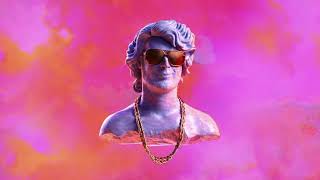