All this money give me confidence that I never had
You get money, you get enemies that you never had
Tell the valet to park the Lambo' where he park the Jag'
My niggas back to back
Pour up the D'usse for my niggas gone, know you had a taste of this life
But you ain't get to see the peak, so we gon' drink up tonight
And pop a bottle to success in all my other endeavors
And show the f*ck out on these p*ssy niggas ain't on my level
We showed the city love
In a new car, I showed my ass off like I'm City Girls
I blew his head off tryna show off for a pretty girl
I'm underrated, on this album, I'ma show the world
Stay on my pivot, be realistic
I paint this picture so vivid I might blow the world
My baby mama tellin' me she want a lil' girl
Plus I been in and out of child support court with my first son
I'm fighting for custody, I don't want 'em to hurt none'
The way that I been prayin', I should go to church some
Keep it going, it's just first one, yeah

Live from the city like it's Fox 10 breaking news
I'm from a city where every murder don't make the news
Gotta take the game how it come, no, you can't make the rules
Mama got no gas in the car, that's why I'm late for school
Had to get some money to prosper so I could make a move
Might as well don't send a deposit if I can't take a tool
Mama raised a real ass nigga but she ain't make a fool
You can lie your whole f*ckin' life but you gotta face the truth Light some candles up in the studio 'fore I face the booth
I'll take the beat up Honda before I take the coupe
I'm just tryna be low-key, yeah
Don't give a f*ck if you know me, yeah
I know you never believed I would ever achieve
Mama, she was broke, it was a blessing that I was conceived
Wrinkles in my jeans, I went through struggles you never perceived
Back by any means, they tried to shackle my wrists to my knees
Travel overseas to get a bag of some Mexican tree
Probably f*ck a bitch 'cause she exotic, no tellin' with me
f*ck security, I gotta keep me a felon with me
Bitches on my dick like voodoo, I got the skeleton key
I speak from the root, it's so clean just like medical leaves
Hanging with a clique of thug niggas who treacherous theive
Plus I'm with a bitch who can't pronounce all her S's and T's
Bilingual, no singles, no jingle
Nigga, this the album
Told Columbia pick up the check, and this the outcome
Every nigga tried to come against me, they got outdone
Bossing through the party with some guns you can't outrun
This that Big Pun, this that '95 Biggie
Mack Milly, ride with me
When I'm slidin' through the city, I know niggas wanna get me
I'll smack a bitch silly
And bitch, I'm really worth a milli'

See, everybody askin' me about my life
Shit, I'm just tryna live my life
RIP to all the real niggas gone
RIP my brother Tyquan
RIP G-Money, RIP Vail
RIP Nipsey Hussle
All the real niggas died by the clock
1980 flow 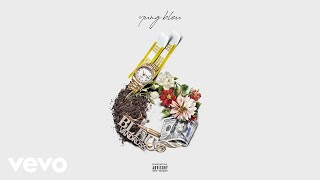