I've Been Thinking Too Hard Lyrics

I've Been Thinking Too Hard Lyrics


[Alan Watts:]
We can do all things of physical things. Trying to find that peace that the world is seeking. But it will still be elusive, because everything that is physical is transitory. And the only thing that is not transitory in man is his own soul

I've been trapped in mind, my own mind
No escape I can find
No, I can't let go 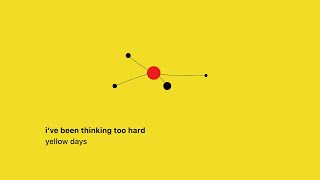