[Hook x2]
In the season of drought
The music, still let us floss
Cause we done cleaned the house
And now we legally ball

[Double D]
Now I'ma make it known, that it's about to be on
This Wreckshop representer, I'm mashing on the mic and I'm gone
I'm isolated for eight weeks, high making beats
Underground and all over town, we heard in the streets
Bleeding the block feeding the flock, the whole nine
I'm weeding glock hit to my side, at all times
Thanking God for mine, that's the way I prevail
And this nigga wanted to shine, so I had to make mail
To get the house and the 600, them hoes funny
Talking down when a nigga done it, that's how I run it
Making moves with D-Reck, so niggaz don't like it
But niggaz gotta respect that, my whole place
Protected wih AK's and rugers, a whole gang of shooters
With high tech computers, so when it's time to do you
My adversaries, getting carried away
That's on the real nigga chill, cause we don't play

[D-Reck]
It started off a dream, on a triple beam
Plotting on a scheme, to rock this music scene
Dre dropped the Chronic, and everybody get blunted
Now I'm moving weed with Eaz', everybody was on it
No more crawling to balling, at a rapid pace
No more stalling to falling, I'm stuffing my safe
Relocated pent houses, I reside high rise Went to the BMW dealership, I made foggy eyes
How lucky could I be, to meet P-A-T
Reunite with Double D, and that nigga Noke D
And that boy E.S.G., and that D-Gotti
We the Wreckshop family, making ghetto history
Now it's on it's on, we the head of the throne
Wreckshop in that ass, like a g-string thong
If you hating on this, you can suck my dick
D-Reck been balling nigga, way before this music shit that's real

[D-Gotti]
I still remember on the block watching cops, moving rocks
Chasing dreams but it seems, I was ending up locked
In a cell, fiending for that funny fast mail
I got a story to tell, I've been living in hell
Selling for less, when I always wanted the best
Was it worth the chances I took, and the situations addressed
God bless my soul, I walked a mile on glass
Bare footed filled with pain, but I got down and mashed
Paid bills for my mama, even though I placed drama
So sick with Pops, I could damn near vomit
Standing still like a zombie, but my angels was watching
Now I step in Gucci insides, and I'm microphone rocking
Five thousand lyrical tossing, from the show last night
Eating teriyaki with a oriental, on a private flight
We gon ball despite, or the game with same change
I hear voices in my head, and they constantly saying 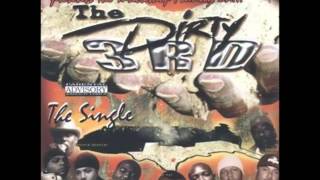 check amazon for Legally Ball mp3 download
these lyrics are submitted by kaan
browse other artists under W:W2W3