Not That Far Lyrics

Not That Far Lyrics


I've been to the top of the mountain
I was duped by the youth ministers
And I attended to all of those meetings
But I was mostly there for the girls, and that turned out to be a pretty good reason.

I've been arrested for a misunderstanding
I've been busted for telling the truth
I've done worse that I never got caught for
I almost got away with wasting my youth trying to keep all my options open.

I've climbed the towers of the ancient cathedrals
I have walked along the Great Wall
And seen the ruins of the old Roman forum I've marked how the mighty fall and how they leave mostly rocks behind.

I've spent hours in the libraries
I've pored over the old documents
And translated the faded handwriting
But I haven't been back there since I started feeling like the end of the line.

Just one singular sliver,
Just one tiny taste
Of this one sweet second.
Where there's no second place. 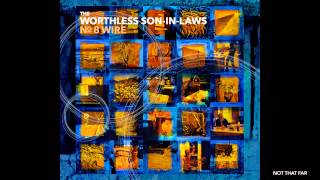 check amazon for Not That Far mp3 download
these lyrics are submitted by BURKUL4
Record Label(s): 2013 James M Davidson
Official lyrics by