Snakes come crawling through the sand, you don't see them from where I stand
But you'll hear them speak, two tongues
Like tears their words fall down, it you lay your ear down to the ground
You'll hear them touch the floor
Their voices never silence, they'll stay with me until the end
Forever, forever and again... and again

Wastelands, deserts, I've seen it all, where the dead seeds of our dreams will fall
In love, in time, elsewhen
Masked faces and masquerades, nothing is new and all's facade
Wear the darkest face, hide in shades
I've seen the angels and talked to some, I've met the demons and walked with them
I have yet to see the truth

Tell me where your desert lies, where your inspiration and imagination dies
I know that you can show me, everyone can
Some things change and many don't, some may try and others won't
They say the road to hell is paved with good intentions
I've seen too many days turn night, ghosts mean more than man alive
Because no one gets out of here alive
I've seen it all too many times, shut the door while it's open wide
No one reaches out for more once they've touched the end Embraced the end, once they've seen the end

Through wavelenghts, frequencies, I know you're there, zero's and one s through stars transmitting
In sleep, in your nightmare and in your dreams
Call me a devil and count me down, call me a saint and kiss my walking ground
But I still don't think that you know who I am
'Cause I've slept with angels and walked away danced with the devil and did the same
Because I still haven't seen the difference in their game

So close and far
So soft and hard
Why don't you tell me what's your game, elsewhen on a higher plane
The trail of the snake will lead us to another century or more
A crown upon it's head and poison in it's tongue
W ill make you hear the end

Two yards thick and seven miles long, I'll be your king if you unlock the door
In love, in time, elsewhen
Call me a devil and call me a saint, call me every thing that you want me to be
In sleep, in your nightmares and in your dreams
The fires in the engines burn again, try to solve the riddles that come put of them
In time, in dreams but before the end comes... 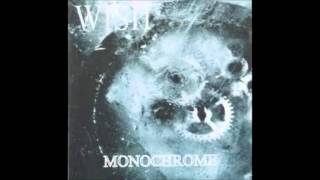