People often ask me if I have any words of advice for
young people. Well, here are a few simple admonitions
for young and old.

Never interfere in a boy and girl fight.

Beware of whores who say they don't want money. The
hell they don't. What they mean is they want more
money. Much more.

If you're doing business with a religious son of a
bitch, get it in writing. His word isn't worth shit,
not with the good Lord telling him how to f*ck you on
the deal.

Avoid f*ckups. You all know the type. Anything they
have anything to do with, no matter how good it sounds,
turns into a disaster.

Do not offer sympathy to the mentally ill. Tell them
firmly, "I am not paid to listen to this drivel. You
are a terminal fool."

Now some of you may encounter the devil's bargain if
you get that far. Any old soul is worth saving at least
to a priest, but not every soul is worth buying. So you can take the offer as a compliment. They charge the
easy ones first, you know, like money, all the money
there is. But who wants to be the richest guy in some
cemetery? Not much to spend it on, eh, Gramps? Getting
too old to cut the mustard. Have you forgotten
something, Gramps? In order to feel something, you have
to be there. You have to be 18. You're not 18, you are
78. Old fool sold his soul for a strap-on.

How about an honorable bargain? "You always wanted to
become a doctor. Now's your chance. Why, you could have
become a great healer and benefit humanity. What's
wrong with that?" Just about everything. There are no
honorable bargains involving exchange of qualitative
merchandise like souls. Just quantitative merchandise
like time and money. So piss off, Satan, and don't take
me for dumber than I look. As an old junk pusher told
me, "Watch whose money you pick up." 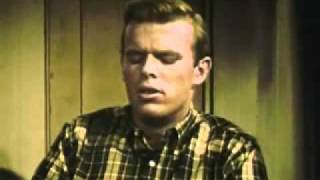