2012
Will Wood & The Tapeworms
2econd - 2ight - 2eer Marsha, Thankk You For The Dialectics, But I Need You To Leave. The First Step Front Street Love, Me Normally Red Moon -Ish Self- 6up 5oh Copout
2012 video

WILL WOOD & THE TAPEWORMS

I was an existential criminal, so innocently cynical
Ignorant as f*ck but a proud individual
Originally meant to live a God-damned miracle
Might've been metaphysical, but I think it was medical

Emulating animals and mental aboriginals
A miserable f*ck but a loud Tao mystical
An enemy of ritual traditionally integral to
Biblical originals, but literally pitiful

I'll escape this reality, be the next Houdini

Glory be Satori but its hallucinatory and it's sure to be a story I can tell in purgatory
I said, once I've lost it can there be a Mahaprajnaparamita?

I heard the world would turn to hell. Compared to that, I'm doing well 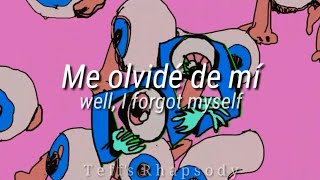 check amazon for 2012 mp3 download
these lyrics are submitted by itunes3
browse other artists under W:W2W3
Record Label(s): 2016 William Colligan
Official lyrics by