They Too Will Know Lyrics

They Too Will Know Lyrics


Do you recall a kid we knew when we were just fifteen?
He drank some beer cause he was full of fear and his head was full of dreams.
He'd sleep the days, at night would drift away from his own life,
Punk rock records, did some drugs, looked at his ceiling and he'd cry...
Something isn't right. I've gotta get away from this state of mind.
When the sad set in and his nose got red and his drinks became too big,
He set to change the course of a boat that sailed indifference winds,
Made changes to himself, met some friends with dreams as big.
They stared at the sky, counting stars, waiting for their ship to come in.
So we're gonna change the world, but tonight we'll just change our minds. So we're gonna change the world, and it starts right here right now... you
And me tonight! Now we sit inside this satellite dish watching the skyline,
Trying to trade peace for war, wondering how so many people got so blind,
But when you feel like giving up you've got to change your mind,
Cause it's the way of the world... first things first, one person at a time.
And some people will say what is past is past just let it go,
But when they wake up from this nightmare they too will know,
That a dream isn't something that you can just ignore,
No a dream isn't something that you can just ignore. 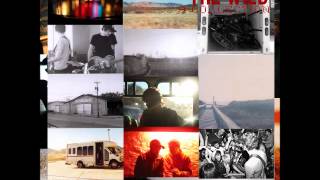 check amazon for They Too Will Know mp3 download
these lyrics are submitted by BURKUL4
browse other artists under W:W2W3
Record Label(s): 2008 the wild
Official lyrics by