[Verse 1]
Err' morning baptized with New York tap
It's been a minute since I've been given a New York dap
These days it's like slap, pound
I've been travelin', I've been babblin'
Rapid ryhmes for rapid runs
Just the Latin runs in my blood
Pumpin the passing sounds of the cityscape
How many Wikis does it take to get a chick with a pretty face?
Yeah, and I send a few dick pics
Get back to me, I don't give a shit, it's
Just like a litmus test
But it's more about the litness
Rather than it, the kid's acidic
I don't really know about [?] shit
All I know about roll an ounce in the kitchen
And I been sippin' on, sippin' on brew
Crippin' on like my life depended on
Bet it ain't slippin' out my palm
I ain't slippin', I'm sittin' on the corn-er
Err, say a word of what you heard
I lay by the bridge, I concur refers to the crib

[Verse 2]
What it do, man? I'm the new man
Comin' through with a new stance on what you knew, fam'
How you know what you know
That's why I don't know shit but licks and some dough
Some piff, a bitch, and a bowl
Cat's act like the shit don't go
Cats better act like, "Shit, it can snow"
Just a glitch of the globe
Just a shake of the globe and I'm taking control
Cats can't take what they know, they faked in a mold I rap from scratch, I'm made in a bowl
Made by moms, made by my pops
Turned to a don, learned at the stop
Pastor Pat said it, it's the rapture
Y'all can't rap with, y'all can't capture
A picture and play
Just with shit that you say, spit that I spray
I can tell you bitchmade by the shit that you say

[Verse 3]
Ralph tryna get in me, ain't tryna let him be, nah
That represent the hell in me
I've been tellin' y'all bout how the stress done made a mess of me
They ain't faking what the measures be
And interviewers still tryna figure out the recipe
Even if I gave it, couldn't cook it
I've been staying out of bookings
I've been staying in myself
I ain't sayin that he lookin' for the [?] under the shelf
Half the shit I rap about, man, I should be saying it myself
And I'm saying it aloud
I'm a-sayin' that I'm proud
In the back of my mind
Got my pride in a pouch
And I'm tryin' not to pout, I'm tryin' not to pout
Tryin' not to pout
But I'm a cry baby on time out on the side of the couch
And I'm signing me out
Not
Can't stop the rhymes in my mouth
And I said this before
Pathetic pat, prophetic pat, what I said anymore
Pat back with the raps that get ya hat mashed
Hand on your hair when I said the shit you can't catch
(Dick right now, right quick, huh?)
Pat's back 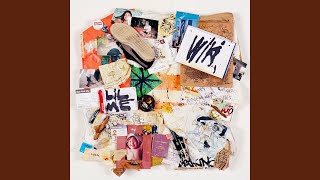