[Verse 1]
Daddy was a trucker man, saw every inch of this fair land and more
He didn't mind the taxing hours, just loved the road like his old man before
Me and my two sisters and my mama missed him while he was away
But, we held the fort in Georgia
And daddy made sure all the bills got paid
Mama always told him, "Honey, get your rest and please mind what you eat"
But I guess he didn't listen, his heart gave out when he was 53

[Verse 2]
At my daddy's funeral, we saw some folks we'd never seen before
So, I thought nothing of it when I saw four strangers walking through the door
I heard the lady tell someone those three boys they were all her sons
And then
My eyes grew the size of saucers
I could not believe what I heard next

[Verse 3]
She said, "We came here to Georgia, all the way from California, where we lived, to bury my poor husband here where he was born because that was his wish" I looked at my mama, but her eyes were locked on something like a bolt
Three little versions of my daddy hanging off their widowed mother's coat
Daddy's wife in Georgia and his wife in California then locked eyes
Neither of them said a word, just looked at each other and cried

[Verse 4]
Years have passed and now I have a growing little family of my own
As you do so much in life, I just had to learn to let it go
It's hard enough to keep a family happy when you're dealing with just one
Daddy kept two families happy, guess that's a feat for anyone 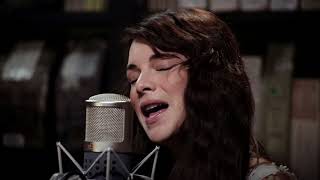