What is it? What it is. What is it? Dazzling, yea starving town, starving town, out of the cold, out of the cold |Die, Die, Die!| Moneyman rumble. Dreamtime maker. Dressed to kill. Crybaby keeper. Nature of the madness. Lies very still. Shadow bo xing motions a real believer. Areal believer. Look here, get it and go, look here. Seduction in a new new world, seduction. Into the fire |Die, Die, Die!| Cannibal collision american girl. Suck in your gut. Unlike before yea, unlike before, if you m urder. Object of desire. Now come and get it. Get it! Come get it! Come. While I roustabout. Brutalities inflictied. A rush across the room. While the city sleeps. I want to ask you. What's in store? Fleshy jaws. Now wait a minute.
Explain lyrics
Correct lyrics 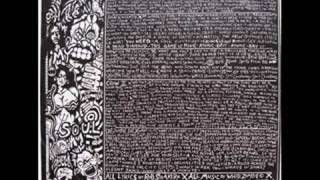