WHAT MADE MILWAUKEE FAMOUS


It's been two weeks now since the shit was cut away.Now
there's nothing to the two of you.
What was meaningful, it drove itself away,
and you're off into another phase of you.
With silver lining stripped away,
Things have no choice but to fall.
You'd knock them over, anyways.
And all those things you would've said hurt ten times
worst this far gone,
It's best you leave them alone again.
You wanted to end the scene the last ones to go out.
Then you'd always be,
etched in memories.

But, you divvied up and decided, Four or five years ago,
This would not be the way it ends.
Oh, it made so much sense,
And you'd always rush to its defense.
If it ever came down one and the same,
how could you ever let it go.
This could be,
Quite a change for you or me.
But, why couldn't it be someone else, Today?
It just doesn't make sense anymore, why You would not cut
this cord.
This isn't worth it anyways.
Get out! Get out! There's no way to save things, now.
This could just be what you need. 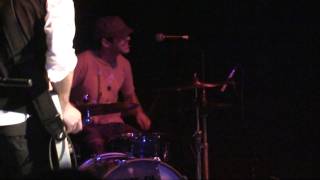