[Outro]
This contest is scheduled for one fall, Goldberg
From Death Valley, the Undertaker

[Verse 1: Westside Gun]
Ayo, over the stoves, rockin' Hugo, free Sly out the you know (Ah)
The new king of New York, lord, I got the Hugo
Trappin' out the fiend spot, the bitch had section 8
One deal went real bad, we had to wet the place (Brr, brr)
Denims made, condom talk, Cavalli with the leather face
My coke got a better taste, legend wrote on my resume (Ah)
Gold if you ask me, gave hope if you ask me Why you so flashy? The MAC in the back seat (Brr)
Got crack on the rap sheet, that's a fact (That's a fact)
If one of us gets caught, nigga, never rat (Never rat)
Make sure whoever get caught, nigga, lock a fat (Ah)
Get the CO to bring a phone in, nigga, I hit you back (Ring)

[Interlude: Conway the Machine]
Let me hit you right back, nigga
Hol' up

[Verse 2: Conway the Machine]
Uh, free the homies locked in correction
Know niggas in upstate prisons and and those that's in federal (Standin' tall)
Disrespect the crew, we catch you, then we stretchin'
You drop a bag and have it done by one of your niggas next to you
Hit was done so exceptional, police thought it's professional
Left a few fingers in the mailbox, we buried what's left of you (Hahaha)
Yeah, that's how them niggas in GxFR do
The chain and the watch got VSs too, bitch, let us through (Uh huh)
Yeah, masterpieces on the arm, nigga (Cash)
My shooter play with drums and he love to perform, nigga (Brr)
I had to switch the band, now I rock the orange Richard
Flow nasty like corn liquor, I'm the don, nigga (I'm the don, nigga)
You palm blickers, I'm a Dom sipper (Ah)
R&B bitches play with they p*ssy to Con pictures (Hahaha)
Yeah, they love my songs, now my mom's richer (Cash)
One of my homies overdosed, they sniffed the wrong mixture (Rest in peace, homie)
Uh, there was fentanyl in the batch (Uh)
No question, y'all, I'm a legend off of these raps (Talk to 'em)
Disrespect the squad, I be lettin' off with this MAC (Boom, boom, boom)
Hollow tips from my weapon all in his back (Ha)
If we catch him, it's curtains, we gon' wet him and murk him
Any beef I had is finished, shit is yet to resurface
Them bullets hit Machine in his head and neck, didn't hurt him
Now we on Hitler 7, West, we definitely workin', ah (We definitely workin', nigga, yeah)

[Outro]
Now, tonight
Tonight, some lucky lady's dream is about to come true
And if you don't know what that means, you're about to find out 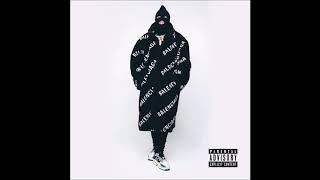