[Verse 1: Conway the Machine]
Yeah, nigga my kicks cost your mortgage
My bricks and my bitch was imported
We zip through in Porsches
I used to have zips of the purist
Even had a mean run in DC like Clinton Portis (Talk to 'em)
My mind was distorted from the fish that I snorted
All you bitch niggas can get extorted
I keep a stick when I'm touring
I don't Ford Explore it, push the Lamborghini Urus
I can assure that I floored it
Nigga, your bitch think I'm gorgeous
My Tom Fords is tortoise, bet you bitch niggas can't afford it
The Louis 13th, I poured it
Got murals of my face out in Europe 'cause I'm the illest to ever record it (Facts)
And just in case you smoke, I brought the forty to sort it
Niggas mad 'cause they forty and dormant
They still in the projects, my condo got a doorman
My shooter like Harden 'cause he involved in all the scoring
The Flygod is an awesome God
That little nigga hit three niggas, I told him, "Awesome job"
Don't give no f*ck about no rappers, they can all get robbed
This shit is easy like Culpepper throwin' Moss a lob

[Verse 2: Benny the Butcher]
I doubled down and took every risk, I couldn't afford losing
That's how I jumped in a foreign right out of a Ford Fusion
Small Ruger, pow, shots run you down like Carl Lewis Or I can have your broad do it, mix your food with car fluid
Guess who's back, VVS's bluer than car coolant
Big straps, I let a clip fly and the war moving
Been a boss, now I'm a coach, I'm talking John Rubin
Don Shula, GXF Taliban, Saddam shooters
Soprano Wraiths, the driveway ain't got no V-sixes
I'm buyin' ice, when I'm on Spikes, not Lees, Christians
I'm reminiscin' 'bout my life over beats, ventin'
Y'all dick riding, worship niggas like they bleed different
Okay, blood on the apron, you know it's the Butcher
Whip a brick hard and then tip the cooker
Off the rope, Ps flyin' like Jimmy Snuka, ahh

[Outro]
And this is the corner, the heart of the problem right here on the east side, and northwest side
Now, if we don't attack the problem here, it's going to, it's going to spill out into the main street and the water front
Eight people were shot, a witness apparently overheard the shooter tell a woman:
"I told you I would fix this", followed by an expletive, before he killed her
Sources tell News 4 the incident may have been in retaliation for shootings on Thursday
East side, west side, North Buffalo, South Buffalo, downtown
When it comes to violence in the queen city, there's no border 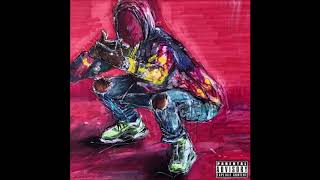