[Westside Gunn:]
Ay, yo
Ay, yo
Jeremy Scott, Moschino apron
Used to do 100 up's, 100 dips on a yard baking
We spent the max of commissary, sly coming home in Neveruary
He washed my hands, I washed his, you talking, you'll get buried
Valentino velour suits in the mess hall, sucka think he prettier than me, cut his neck off
Keep slacking, MAC-11 out the G-Wagon
[?], pistol-whip the kid, he picked his teeth up
Zipper bust on the angle duffle when we re'd up
Fiends on the block haven't seen this cashmere ski-mask shit
The heat blasting, Gina's titties sagging while she bagging
Suede prada jackets, Balenciaga's burgundy
Tom Ford still wanna murder me for nothing
Different color shark heads, BAPEin'
He shot up and started shaking
He fell through a glass wall, I hit the backdoor
Praise me, I'm so elegant
Used to rock the Alex McQueen, with the skeleton
Elephant tusks on the Cartiers, got me looking all intelligent
Every shell hit him, I'm the perfectionist
Mr. Perfect, Bobby Heenan fiending
Perfect Plex the brick, broke it down, it got me rich
Perfect Plex the brick, broke it down, it got me rich

[Roc Marciano:]
Like Bob, I shot the sheriff
My lady chill behind the wheel of the Silver Seraph His body lay still, I sip the chill beverage
Devilish endeavors and levers to quench my never-ending list of pleasures
Bitches send pictures naked, dripping necklace
No pig in this breakfast, the stick could get your Mrs. pregnant
She said her man played for the Knicks, this nigga 6'11
She begging, I skeeted liquid on Egyptian bedding
I'm not the kid to threaten, my niggas'll kick your head in
My facial hair is cashmere, Pink diamonds to glare, look like Bel-Air
Balmain Pierre, feel like we ate pears, copped like 8 pairs
I'm a complicated man, that's a used Porsche Cayenne on pants
My laundry's a 40g orgy
Talks of lawyer fees in Portuguese, my wrist is a quarter key
The Corniche seats is coffee, The chauffeur driver caught 14
That nigga head leaking like egg florentine
The Jag coups, the color of passionfruit
I'm packing, life's a crap shoot
The Penny's black and blue, spray the MAC off the roof
I'm just testing it
Shit I hit everything, they thought I was Petrović
Shots perpetuous
Give you some wet red shit, dress you in
Perfect Plex the brick, I almost broke the rollie president
Perfect Plex the brick, I almost broke the rollie president 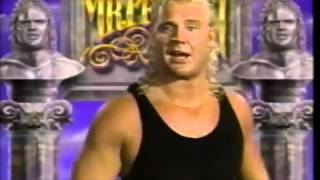