Track and field, runnin' packs, I'm still subtractin' real numbers
I took a loss and just had to build from it, y'all broke the code
Threw dirt on gang when y'all spoke to Hov, that was reckless
That's expected, VS cuts on my wrist big enough to catch infections
This heckler on me protect the homies, Boldy and West
I treated my .40 just like my only connect
Who said it was simple? Them prisons strengthened my mental
I broke the lead on the paper from writin' letters in pencil
This a process, I'm fresh, I just moved out the projects
Million dollar deals and still feel like I ain't hot yet
Biggie Smalls in a Coogi, Al Green in a mock neck
Russel Simmons my mindset, I'm old Hov with a Pyrex
What's the money worth when my mother hurt, brother layin' under dirt? We can forgive you, but you get punished first
Dope on a paper plate, [?] on a paperweight
I ran around the world for it just like The Amazing Race
The money counter singin' to me, sound like Amazing Grace
Cooked a brick of big at a time, I was eight for eight
The Butcher, nigga

[Boldy James:]
Last three packs in the bundle, I had to swallow that (Hold the tops)
Balls of smack pumpin' while I'm crumblin' the loudest thrax (Good kush)
Cone racks, turned the plug around at the Mountain Jack's (Still more)
Niggas who thought I was finished hate to see me bouncin' back (It's on)
Touched a honeybun, tryna trap me up a thousand stacks (A big, big dog)
Shoutout to Butch and Gunn, my shooter don't know how to rap (Brr)
Never filed a tax, I had to run with that part of pack (Hyena)
Thumbs still numb from packin' up, foldin' lotto packs (Up in plastic)
I grew up on a block with scurvy, niggas topsy-turvy (All hitters)
Totin' Glocks with thirties in 'em, sellin' rocks and thirties (Screwboxes)
Oxycontin, Percocet, I was poppin' yerkies (Tens)
Blowin' on the way to see my PO, I was droppin' dirties (Remix)
Re-rockin' birdies in the trap, half block of turkey (White meat)
The work come in a silver pack like a chocolate Hersheys (What else?)
Eat them pill 'scripts and them bowls, in total [?] (Moonrock)
Real nigga, still posted on the service drive with purses (Four-one)
Where we at?
Explain lyrics
Correct lyrics 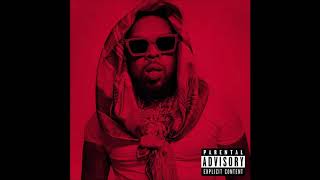