Unintelligible-
Cough, cough
I swear to god! Look!
This is something new you've never heard before this.
You better take a good look at your mind, f*cker.
I know what you want to come here for
You better take a good look at your mind, f*cker.
These three little, these three little f*ckers.
These three little...pumpkin patch.
These three little pumpkins went into the woods and they said,
They said today we're gonna find something really good to look at.
And they went into the woods and they looked at all the little trees.
And they said this woods is really (sounds like continuous?) little trees.
You know, 'cause nature is just as part of us as we are to the earth.
I said yeah.
And the pumpkins, the pumpkins went further into the woods.
And they came across this little man...with a big, big head.
And the little man said,
What's your f*cking idea you f*ckers?!
What are you f*cking high?!
And the little pumpkin says,
(this next lines pretty sketchy)
We're the pumpkins to join yours for a loose the pumpkin.
Oooey! Oooey! Oooey!
You ain't been in my world.
You never been in my world. You never will be in my world.
You go away and you'll never be in my world again.
The pumpkin boy said, yes you will, yes you will, I think to stay.
I wanna be in your world.
For you in your world.
Yeah you f*ckers, you can't get me off before you leave yourself.
You think you can understand but you can't!
Look, you just entered my world, right?
You just entered my world (sounds like "are quiet lie") you go in and for
Then enjoy nothing but (sounds like "share and progress")
You think you can go from the top of the tree to the top of this too.
(unintelligible
Inaudible ranting for a bit)
The two pumpkins looked at the little man and they said,
Why, why would he be such a, why would he be such a jerk?
And the only thing he does is smoke drugs,
And he doesn't do cocaine,
And he doesn't shoot smack,
And he doesn't even drink beer.
Why would he be such a f*cker to me?
Why would he be such f*ckers?
All they wanted to do was pumpkins.
All they wanted to laugh at was the pumpkins.
(long unintelligible bit)
It's only the beginning.
Stop the tape 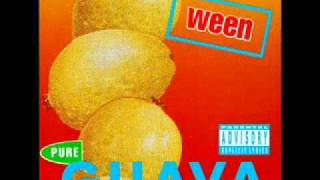