The waste is so terrible which has eaten at our hearts
The land has been tarnished, old beliefs have been robbed
Religions of past millennium, mythomania and fear
Replacing ancient deities,
with their false gods.

Utter contempt to their faith
We'll neither forgive nor forget. They spread their disease throughout many a nation
With their silvery tongues, they established their lies
The life that was noble, so fierce and so proud
Has been stolen from us, truth and honour denied.

Brainwashed of the Nazarene, zealots of Islam
Believe or be damned, obey the great scam
Plague of the Ages, decaying man's soul
Eternal stagnation, their selfish goal

Are you the one to obey the great scam?? 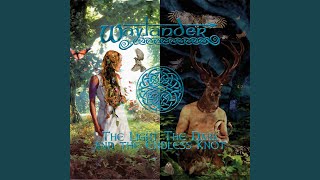 check amazon for Plague Of Ages mp3 download
these lyrics are submitted by kaan
browse other artists under W:W2W3
Record Label(s): 2001 Blackend
Official lyrics by