[Warren G]
Take notes young locs, I advise y'all to slow down
Glocks, K's, and eagles trying to put a murder down
Watching fools servin' found
Put your eyes on the prize, hitting switches
And getting bitches with plenty riches
And if you bang homie, do that
But when your ass gets slapped with that 25, handle that
And all you see is the glamor and gold
Don't know the other side of the game is where it's scandalous and cold
Your destiny is in your hands, you got control
Wasting time with your life until your ass is old
Trying to be bold, a hog and a pimp
Eighteen years old, HIV in the limp

[Chorus: Butch Cassidy]
Can't f*ck with, what you asked for
Sometimes you just should let go
Get what you need and not want
Some folks believe and some don't
These are the ones that don't last Hard head makes soft ass
But it was something that I had to have
I just had to have

[WC]
Whats crackin' gangsta
Little woe G sake with a bang loose
Dickie sagging how should kicking it
Bangs with me, nigga let me swang with you
Hop in this cut dog, and split this game to ya
I see them niggas that got ya tatted and called it paddering
A clutch and a glock, banging on niggas at the bus stop
Putting in work, leave you broke, cloke white shirt
Doing dirt trying to gain strikes for the turf
Loc, what up, shit I knew your brother
You used to bang with him, when you was a little motherf*cker
Until they amputated both of my legs, circled the block
Caught your brother slippin' and flippin' the lead
Retaliation was swift, furious, just know this hood shit is serious-acapo 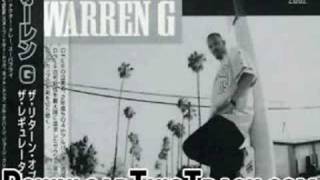