It's gonna be a good year for Santa Claus
At our house there's hardly room for another gifts
'neath the tree
But when I was a boy one year he nearly got lost
Hm, almost didn't get around to me.
You see I was the youngest and dad called to me one day
Said he'd found a nice tree to cut down
So we hauled it home, an' I could hardly wait
For the gifts to start pilin' around.
It kept getting closer to Christmas eve
And the tree was still bare, not a gift of any kind
Then one evenin' dad called us together
And said something about it bein' hard times.
Christmas eve we sat listenin' to it storm
Till mom called, 'It's time for bed.'
Dad said run along son I'll keep watchin' for him 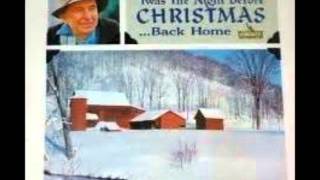