Highly unstoppable, nothin's un-coppable
Tito Santana matador ain't equipped to stop the bull
Proud of product, pulled over nigga not be scorned
Around here I am the goat like the Capricorn

New grove, still bitches don't know this a flaw
'Cause my hoes in the X like they model for cars
Here to change the whole game due to audible
Initial place wasn't cruel so we oughta bull

I'm Wale, the new nigga on the block
See my team has hella cars, I got a couple of knots, see?
How the beat gets ate off
Acquire my scratch and I ain't have to use an 8-ball

Hip hop's whole face is off And I rock with the band, this a cakewalk

Yo, I'll be whatever you wan' call me
Weird or faulty but lyricists can't ignore me
(Nah)
Keep a shooter wherever the force be
(Why?)
In case they gotta make a band member strip naked like Dori

So, they can't nay say
But the AK's across from the Tommy like ShanenÃ© and they'll try ya
Rap hero but wasn't nicer, prior
I started off the top of the dome, called him Sylar

Now you now son become, see thousand dollar dungarees
Kicks fly closet like Chun Lee
(But dawg)
Pump me with Sigel to pump B
You just servin' yourself, go pull up to pump three

Flow's all flames, not a race but keep up
'Cause I'll bolt on Usain, I'm too ahead of the game
So take your seat on the bench
You met Wale and 9th Wonder, now meet the tenth, Joey 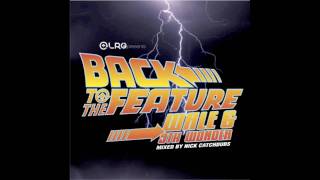